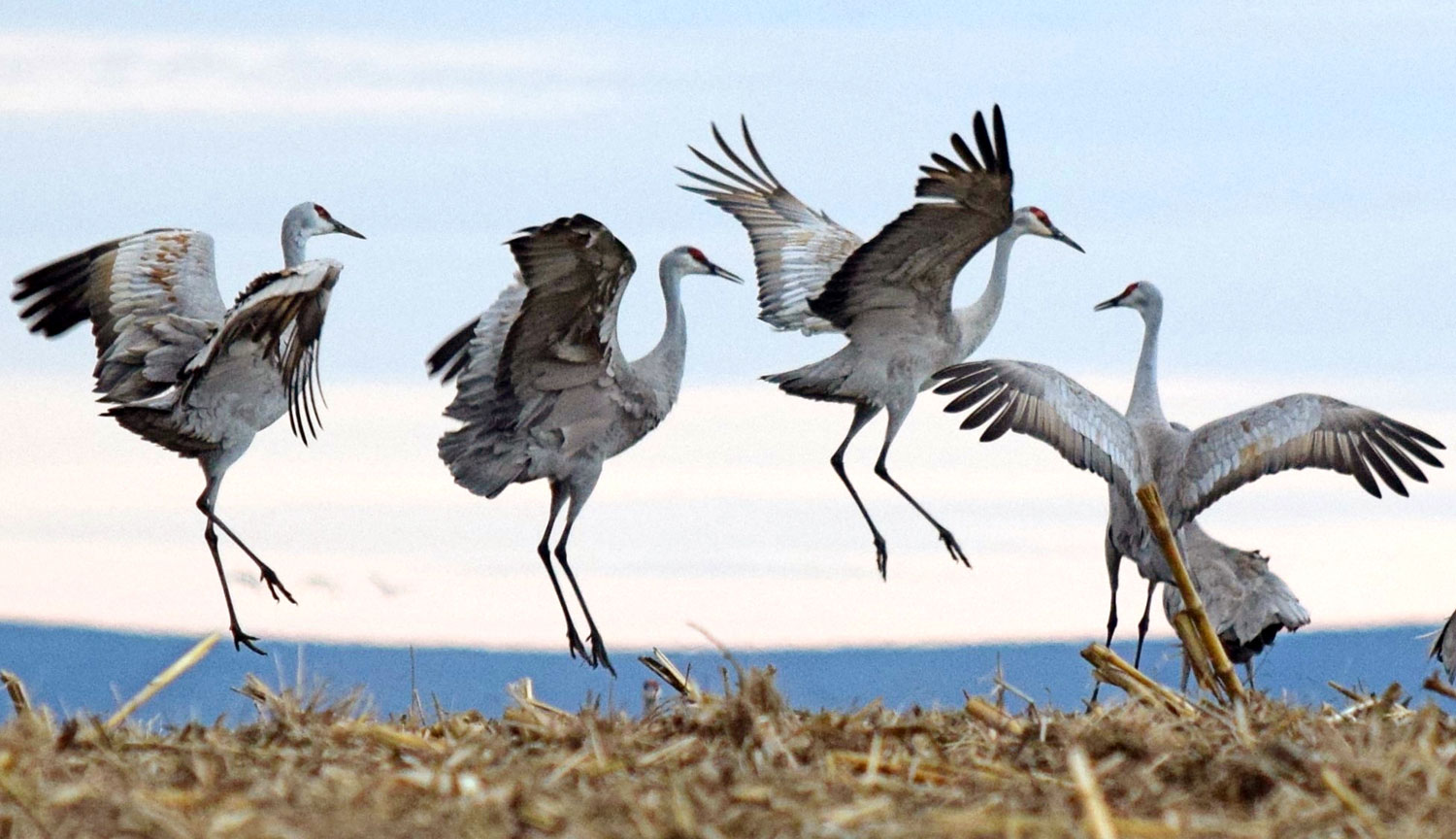 “And hand in hand, on the edge of the sand, they danced by the light of the moon.”  -Edward Lear

We recently took a quick trip to eastern Washington and happened upon migrating Sandhill Cranes on their way to their Alaskan breeding grounds.  Did you know that cranes dance to attract their mates?  It’s so entertaining to watch!  During mate selection, they jump, dance, call, bow to each other and throw things.  I highly recommend putting “watch dancing cranes” on your bucket list if you have not done so yet!  It’s hilarious and mesmerizing at the same time.

Below I’ve listed info on where and when we saw them in case you’re looking to find and photograph cranes.  I just learned that there are six migratory populations of cranes that can be found across the US, so if you’re interested in seeing cranes, I encourage you to look into where you might be able to see them in/near your area (see more on this below)!

Where:  Croplands (they like cornfields) and Wetlands in the Othello, WA area / in and around the Columbia National Wildlife Refuge

When:  During the sandhill crane migration (in March and early April as they head north to Alaska and again in the fall as they head south to California).  We saw them mid-March.

What if I don’t live in the Pacific?: You don’t have to!  You can definitely still see cranes!  The U.S. Fish and Wildlife Service (USFWS) recognizes six migratory populations of Sandhill Cranes throughout North America: Pacific Flyway (Lesser), Central Valley (Greater), Lower Colorado River Valley (Greater), Rocky Mountain (Greater), Eastern (Greater) and Mid-Continent (Lesser, Greater and Canadian) (Van Horn et al. 2011).  It’s worth doing a little research on where you can observe these beautiful birds in/around your area. 🙂

“When you stop trying to find the light, you will see that you are the light.”